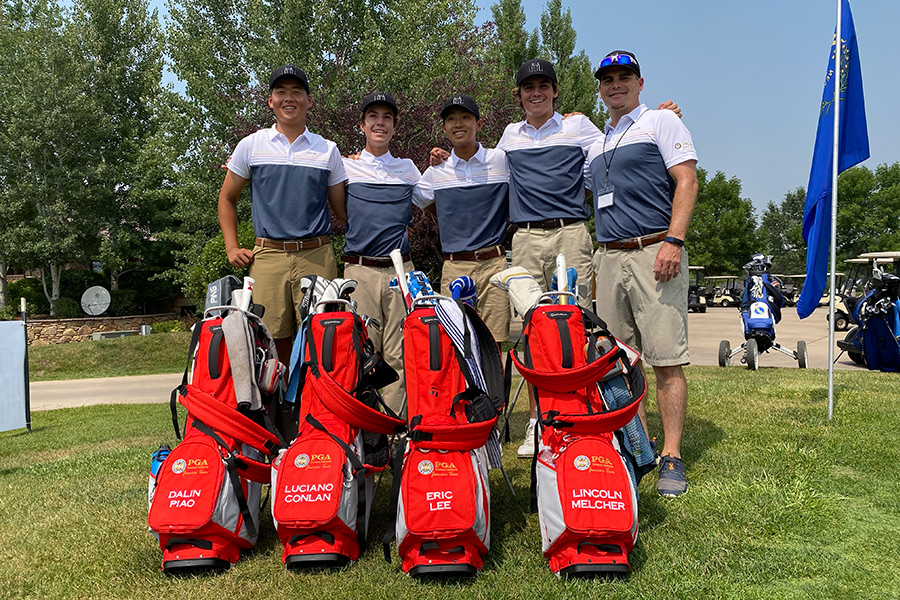 Southern California Shoots 13-under Par to Take Round 1 Lead

The first round of the 49th Annual Junior America’s Cup, hosted by the Wyoming State Golf Association, is in the books with the team from Southern California represented by Conlan Luciano, Lincoln Melcher, Eric Lee and Dalin Paio, shooting 13-under par. Southern California has a large 13 stroke lead at Powder Horn Golf Club over team Mexico 1.

Mexico 1 is in solo 2nd place in the team competition, at even par 213. Leading Mexico was Alejandro Fierro, who fired a 2-und par 69. Individually Rylan Johnson from team Arizona is in t-2nd after shooting a 4-under par 67. Rounding out the top 5 individually is Jackson Parrish (t-4th) from team Nevada, who fired a 3-under par 68

The 2021 competition marks the 49th anniversary of the Junior America’s Cup championship and the second time it will be held in Wyoming. The previous time the event was hosted in Wyoming was 2005 which also at Powder Horn Golf Club. The teams from Oregon and Washington were co-champions that year. Team Washington featured PGA Tour Player Joel Dahmen, who was also the low individual at the event with scores of 70-67-67= 223. Another PGA Tour player who participated that year was Tony Finau who was on team Utah.