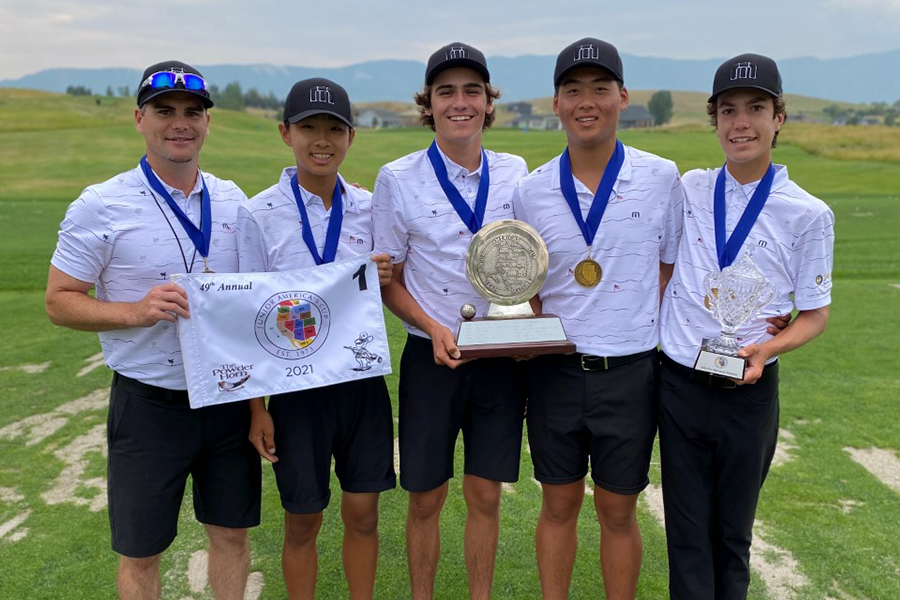 Southern California won the 49th Annual Junior America’s Cup, hosted by the Wyoming State Golf Association, at the Powder Horn Golf Club, in Sheridan, Wyoming. Southern California fired a 2-under par team score of 211 during the final round, during rainy and windy conditions, to finish at 19-under par for the three days (200-209-211=620). It was a dominating performance as Southern California won by 25 strokes over 2nd place Utah. The last time they captured the team title was in 2015, at Pine Canyon, in Flagstaff, Arizona.

Like a collegiate event, the Junior America’s Cup features 18 teams of four boys representing their state, province or country. The competition takes place over 3 days with 18-holes played each day for a total of 54-holes played to determine the winning team. Each team counts its best three scores each round with the low scoring team after 54-holes being crowned the 2021 champions and presented with the champion’s medals & trophy.

The 2021 competition marked the 49th anniversary of the Junior America’s Cup championship and the second time it will be held in Wyoming. The previous time the event was hosted in Wyoming was 2005 which was also at Powder Horn Golf Club. The teams from Oregon and Washington were co-champions that year. Team Washington featured PGA Tour Player Joel Dahmen, who was also the low individual at the event with scores of 70-67-67= 223. Another PGA Tour player who participated that year was Tony Finau who was on team Utah.