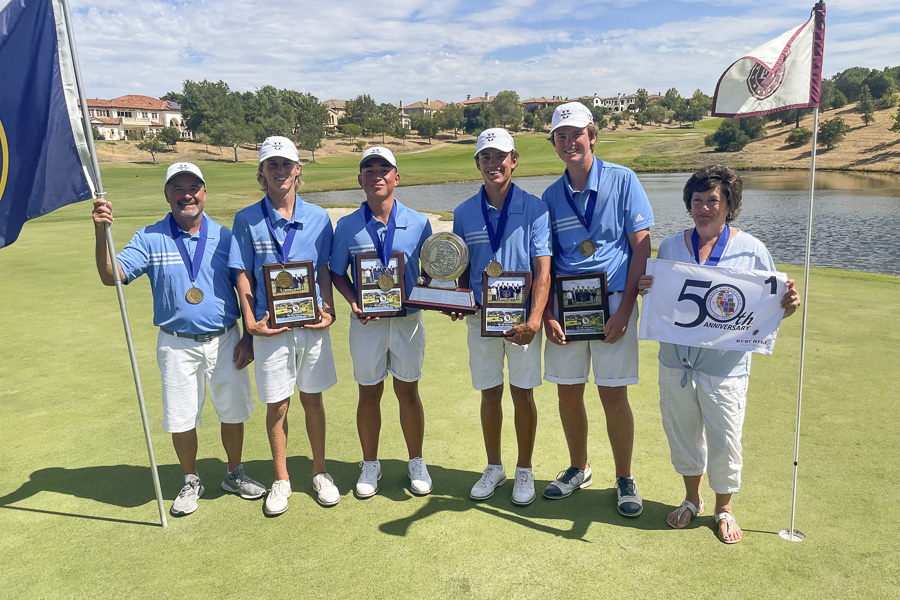 Team Utah has won the 50th Annual Junior America’s Cup, hosted by the Junior Golf Association of Northern California, shooting 20-under par for the three days. Utah shot 1-under par team total 215 in the final round, to hang on to their round two lead and edged out 2nd place Arizona by two strokes and 3rd place Southern California by four strokes. Pacing Utah in the final round were Parker Bunn and Kihei Akina, both shooting 1-under par 71’s. Utah’s Boston Bracken and Cooper Jones shot 1-over par 73’s on Thursday. The last time Utah took the team title was 2019 when they were co-champions in Edmonton, Alberta, Canada.

“It was great to see the Utah kids battle back after getting off to a really slow start. Being down the way we were with two holes to play and finishing with 2 birdies on 17, and 3 birdies and an eagle on 18, really showed the true character of our players.” – Utah Captain Nate Herzog

Arizona and Southern California both made final round charges to try to catch Utah but fell just short. Arizona fired a 6-under par 210 team total for the final round, with Rylan Johnson and Adam Miller both shooting 3-under par 69’s, with Carlos Astiazaran shooting even par 72 and Johnnie Clark shooting 76. Rylan Johnson captured the Sally Pini medalist award, shooting 11-under par over the three days. This was the 1st time that an Arizona player has captured the Sally Pini medalist award.

Southern California’s final round run (7-under par 209) was highlighted by Josh Koo and Kai Hirayama who each shot 4-under par 68’s, which lead them to respectively finish 2nd and 3rd individually. Patrick Hong’s shot 73 with Dylan Oyama shot 76 on Thursday for Southern California. Pacing host Northern California was Clark Van Gaalen, who finished in 8th place at 3-under par for the tournament (209). The highlight of the championship for Van Gaalen was his 2nd round 7-under par 65.

The 2022 competition marked the 50th anniversary of the Junior America’s Cup championship and the fourth time it was held in Northern California. The previous time the event was hosted in Northern California was 2004 which was at San Joaquin Country Club, in Fresno, California. The team from Mexico won the championship that year. Junior America’s Cup Alumni from the 2004 Championship include Tony Finau (team Utah) who just won PGA Tour events the past two weeks, as well as Andrew Putnam and Kyle Stanley.