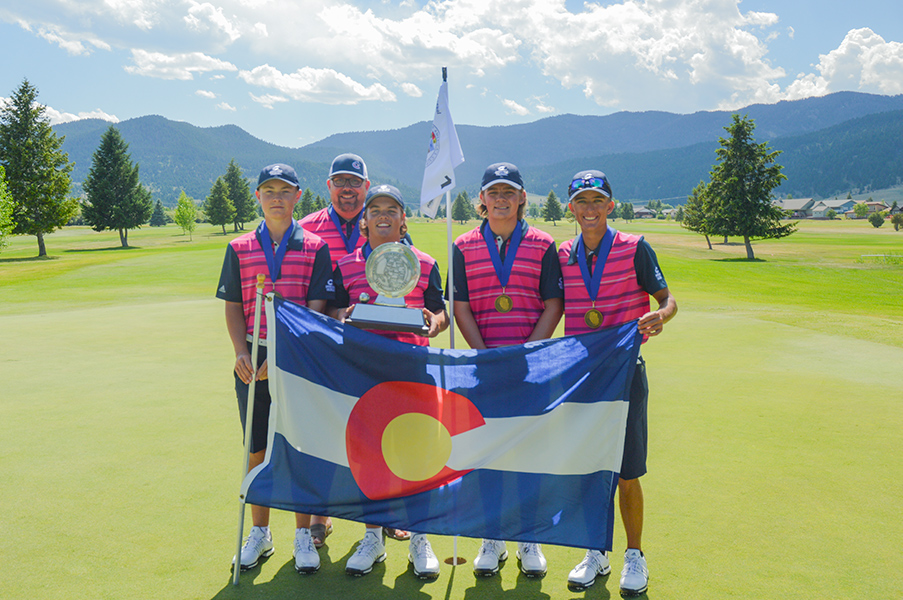 Colorado, represented by Dillon Stewart, Cal McCoy, Davis Bryant and Walker Franklin, shot a final round team score of 7-under par 209 to finish the Championship at 26-under par overall as a team (622). Team Mexico finished 1-stroke back at 25-under (623) after shooting a final round 3-under par, 213 team score.

Like a collegiate event, the Junior America’s Cup features 18 teams of four boys representing their state, province or country. The competition takes place over 3 days with 18-holes played each day for a total of 54-holes played to determine the winning team. Each team counts its best three scores each round with the low scoring team after 54-holes being crowned the 2018 champions and presented with the champions medals & trophy.

For a list of the players in the Championship and complete final round scores, please CLICK HERE.