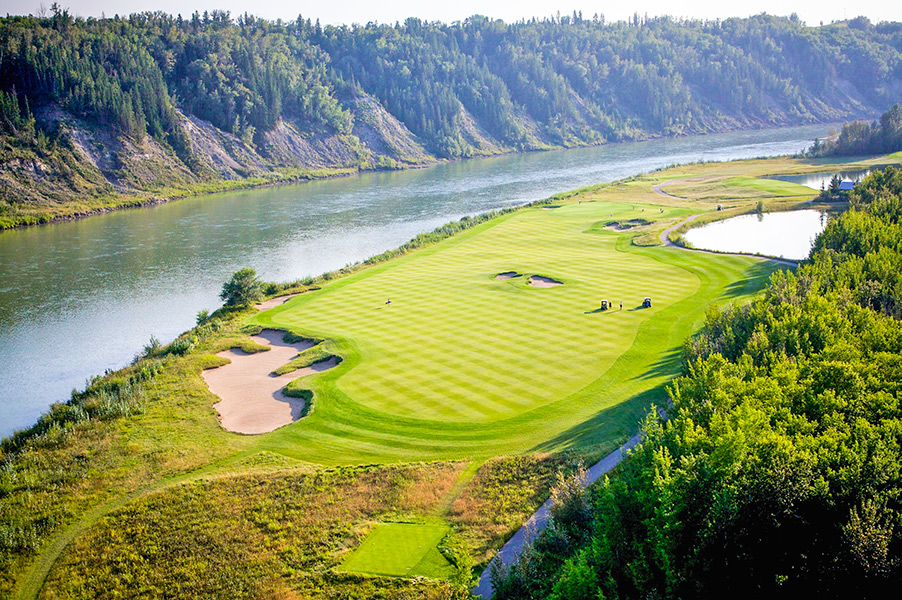 Championship Returns to Alberta for 3rd Time Since Its Inception 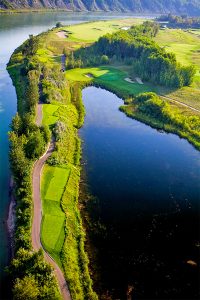 The 2019 competition will mark the 47th year of the Junior America’s Cup championship and the third time it will be held in the province of Alberta, the event will take place from July 22nd – 25th. The previous times the event was hosted in the province were 1986 and 2002, both times in the city of Calgary at the Calgary Golf & Country Club and the Silver Springs Country Club respectively. The 2002 competition was extra special as not only did Alberta host the championship, but the Alberta team comprised of Colin Norris, Dale Vallely, Ryan Lecuyer and Ryan Yip claimed victory on home soil.

Blackhawk Golf Club is located just southwest of Edmonton and is situated along the banks of the North Saskatchewan River. The course which opened in 2003 was designed by Rod Whitman and was ranked as the best new course in Western Canada by Golf Digest in its inaugural year. The layout which boasts wide fairways, rugged bunkering and dynamic green sites is currently ranked 14th on Score Golf magazine’s Top 100 golf courses in the country.

“We are thrilled to be able to host the Junior America’s Cup next summer. The opportunity to host such a prestigious event only comes around so often, and we couldn’t be more excited to showcase Blackhawk and Edmonton to the elite field of international junior golfers” said Craig McArthur, Head Professional at Blackhawk Golf Club.

In hosting the 2019 competition, Blackhawk Golf Club will join a list of other prestigious venues to play host to the Junior America’s Cup that includes the likes of Pebble Beach (California), Sahalee (Washington), Wailalae (Hawaii) and Shaughnessy Golf & Country Club (British Columbia). Each of these venues, among others have played host to the elite competition over the past 47 years which has featured some of the most notable names in the professional game today taking part.

The Junior America’s Cup is an international team competition that features 72 players representing 18 teams from the western United States, Mexico, British Columbia and Alberta. Each team is comprised of four junior boys age 14 – 18 who compete over three days of competition. The players compete as part of a team with the low three scores each day of competition counting towards the team’s tournament total. The team with the lowest three-day total at the end of the week are crowned champions.

The first Junior America’s Cup was held in 1973 at the famed Pebble Beach Golf Links in California, that years championship team from the San Diego Golf Association included future PGA TOUR player Scott Simpson. Since that inaugural season a who’s who list of players that have gone on to the highest levels of the sport have competed in the event including the likes of Phil Mickelson, Tiger Woods, Bryson DeChambeau and Adam Hadwin.

Scott McNevin, Executive Director of the Junior America’s Cup was excited to announce Blackhawk as the 2019 Host for the Championship.

“The Junior America’s Cup Executive Committee is excited to have the 2019 tournament at one of the top ranked courses in Canada, at Blackhawk Golf Club. It will be a great event in Edmonton and we are looking forward to the championship and having Alberta, and the Canadian Junior Golf Association, host the best junior golfers in North America.”

The Canadian Junior Golf Association will assume the role of host organizers for the championship and will work closely with the host facility, the provincial golf association and the JAC Executive Committee in all aspects of conducting the tournament including securing local sponsorship and finding host housing for the 72 players from across North America who will be competing in the event.

“The Canadian Junior Golf Association is once again proud to be part of this historic and prestigious championship and we are excited to be able to bring it to the Edmonton region in 2019. The Blackhawk Golf Club is one of the top golf facilities in the country and we look forward to showcasing it and the city of Edmonton to the teams at next years championship” said Earl Fritz, Executive Director of the Canadian Junior Golf Association.

This will be the fourth year that the Canadian Junior Golf Association will be involved with the Junior America’s Cup having acted as the stewards for Team Alberta since the 2015 event. In 2018 the competition was hosted in Anaconda, Montana where the team from Colorado took home the trophy with a final day charge that saw them overtake the team from Mexico. Alberta’s team comprised of Mason Harder, Jakob Chicoyne, Cater Graf & Ethan Choi managed to secure a 13th place finish in the event.