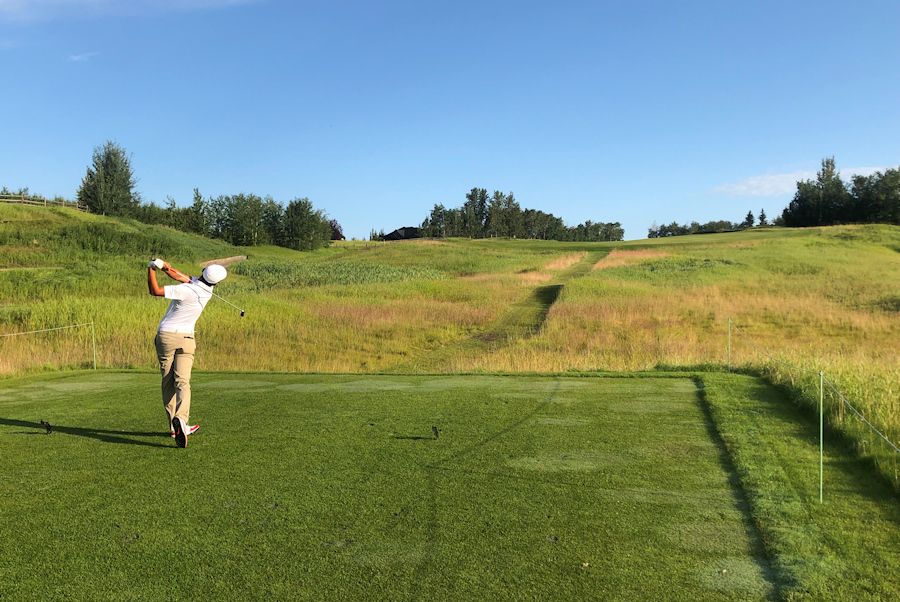 First Round of 47th Junior Americas Cup Now in the Books

The first round of the 47th Annual Junior America’s Cup, hosted by the Alberta/ Canadian Junior Golf Association, is in the books with the team from San Diego represented by Caden Fioroni, Jackson Moss, Chris Wardrup and Jonas Apple jumping out to an early 2 stroke lead at Blackhawk Golf Club over team Southern California.

Individual Mateo Fuenmayor from Oregon and Ian Siebers from Washington shot 6-under par 65’s. Fuenmayor’s round was paced with three eagles while Siebers bogey-free round included 6 birdies.

Like a collegiate event, the Junior America’s Cup features 18 teams of four boys representing their state, province or country. The competition takes place over 3 days with 18-holes played each day for a total of 54-holes played to determine the winning team. Each team counts its best three scores each round with the low scoring team after 54-holes being crowned the 2019 champions and presented with the champions medals & trophy.